This past weekend, with Pokémon GO Fest due to kick off across the pond in Chicago, a small UK town decided to do its own thing to celebrate. Being nicely positioned in the midlands, where it only takes a few hours to get to basically anywhere else in the country, a group of us decided to hop in the car, head up to Chester and make a weekend of it.

The Chester event was a free, official Niantic Pokémon GO event organised by Big Heritage (in conjunction with the Chester Heritage Festival) who, to their credit, did an excellent job via Facebook in the run-up to the event to make sure everyone knew what was going on and could navigate the logistical challenges a large event brings to a small town. It also meant that there were other (related) things to do around town over the weekend, including opening up Chester Castle to the public for the first time in 20 years, facepainting, a ‘PastPort’ to stamp and heritage trail with questions to answer – earning you a Pokéstop nomination code and certificate on successful completion of both – and various presentations celebrating the heritage of the town.

Arriving at around midday Saturday, we were already pretty surprised with the amount of people who had turned up to take advantage of the increased number of stops, sponsored lures and raid battles that had popped up around the town and we headed straight to the castle to grab our PastPort and trail booklets. After this we decided to head towards the centre of town where it was Pokéstop and lure central, however, as we started to walk the dreaded ‘network error’ started popping up more and more often, nothing was spawning in, spinning stops wasn’t registering and the game was so laggy even appraising existing catches started crashing our games. As we headed back out of the centre the signal picked up again, however, we were missing all the action.

We decided the best course of action was to grab lunch, then work on getting our stamps and our questions filled out and handed in, then try again after people started leaving. At this point we realised we only had about 2 hours left to complete everything so, after meeting up with another friend, we had a mad-dash around the town and back to the Town Hall to claim our rewards. 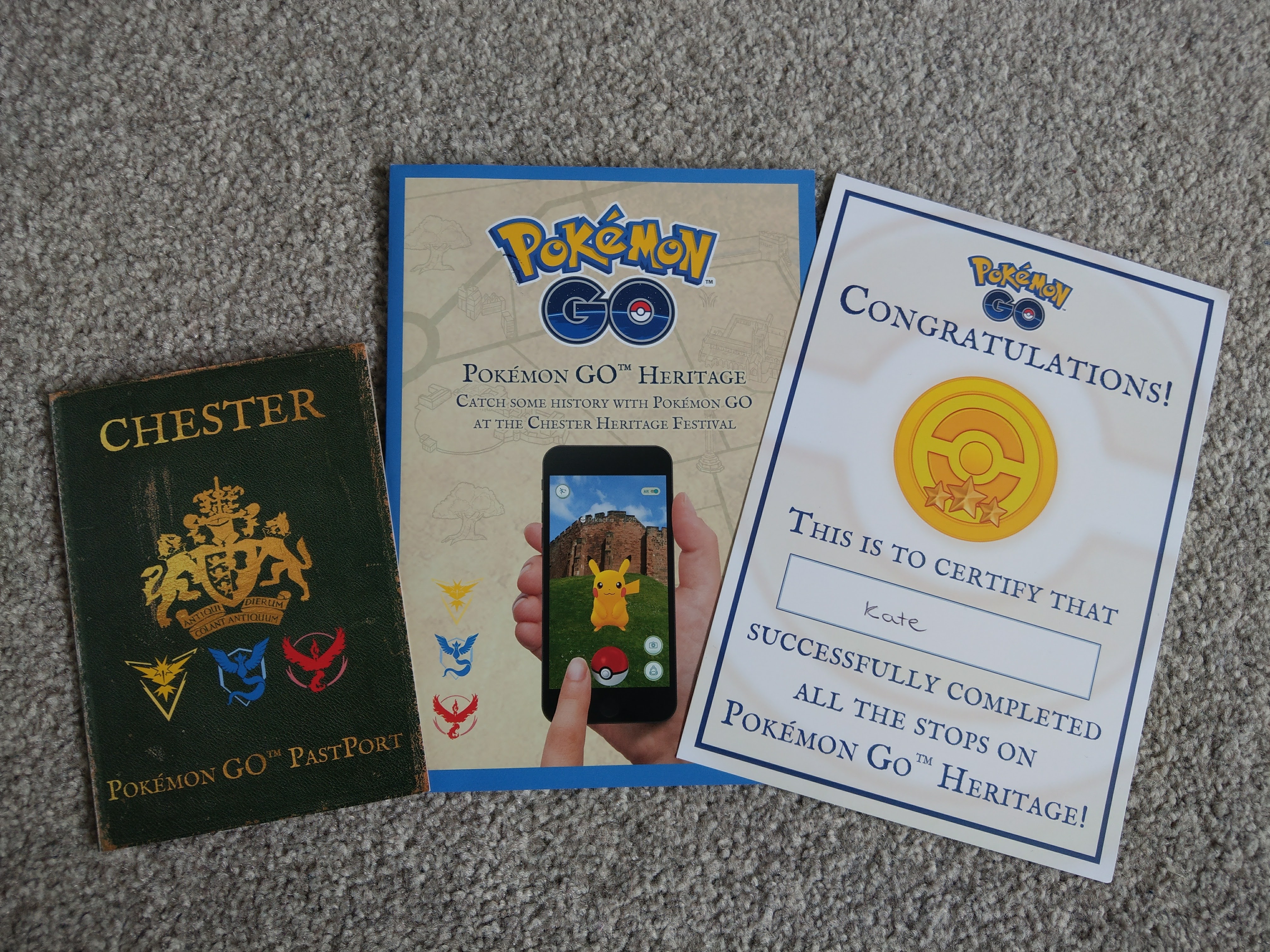 This is the UK in Summer – please be prepared for four seasons in one day! – The Big Heritage Facebook Page FAQs

Just as we finished and met up with a couple more friends, the heavens opened and, after huddling in a doorway under an umbrella to do a Muk raid, we headed to a nearby pub for a drink and to wait out the downpour. Luckily for us, a combination of the rain and the time meant that people had started heading home for the day, and, with the phone masts freed up, we spent a few hours doing a couple of raids and heading round the town centre and grabbing all the stops we’d missed earlier, finally heading to our home for the night around 8pm, completely knackered and with aching feet (we’d managed to walk 10 miles since midday).

Munching on cheesy chips and watching Harry Potter, I had a quick glance over Twitter to see how Chicago had gone – turns out, not well! Lengthy queues and unstable mobile signal seemed to have scuppered a lot of the planned events during the day, such as the timed events to unlock rewards, and people were pretty angry to the extent where Niantic decided to issue refunds and free coins to attendees. The Chester event Facebook page mirrored Chicago’s disappointment at connectivity issues.

After a good night’s sleep we headed back into town Sunday morning in the hopes that it would be quieter and therefore easier to avoid the issues of Saturday. We’d been informed that due to the mess in Chicago, all possible bonuses had been unlocked world-wide for the following 2 days. This meant double experience, double candies, half distance on buddy walking, reduced egg-hatching distance and double stardust from catches and – most importantly – legendary raids! We were looking forward to making the most of the extra stuff.

Sitting down by the river having breakfast we managed to position ourselves between 3 lured stops and happily sat catching and evolving everything (I was determined to get to level 25 over the weekend, having been stuck on 24 for ages) and generally having a lovely time.

Full up, we decided to try venturing to the centre again but, once again, network errors started creeping in the closer we got, and we got so fed up we decided to head home. Half way back to the car, a legendary raid appeared and we decided to walk back and give it a go.

The sheer amount of people lining the streets to have a go was crazy, and by far the most amount of people I’ve seen playing at once in person. Unfortunately, it didn’t seem like anyone was having any luck even getting into the gym, let alone raiding or earning a chance to catch the Articuno. One of a group of 4 of us managed to get all the way through but with no catch, I managed to get to the below screen after about 15 minutes of trying before everything stopped working. Annoyed and tired we once again walked back to the car and headed home and into Leamington to make the most of the other bonuses for the evening.

Generally, the weekend was a lot of fun, despite the obvious oversights in terms of popularity and connectivity. The sense of community fostered by people still playing the game is impressive. We chatted to a few random players during around town and everyone was friendly with a spirit of camaraderie even in the face of errors and lag. When we finally did manage to take part in raids, it was exciting to stand as part of a large group of strangers all working together for one reason and just having a laugh. 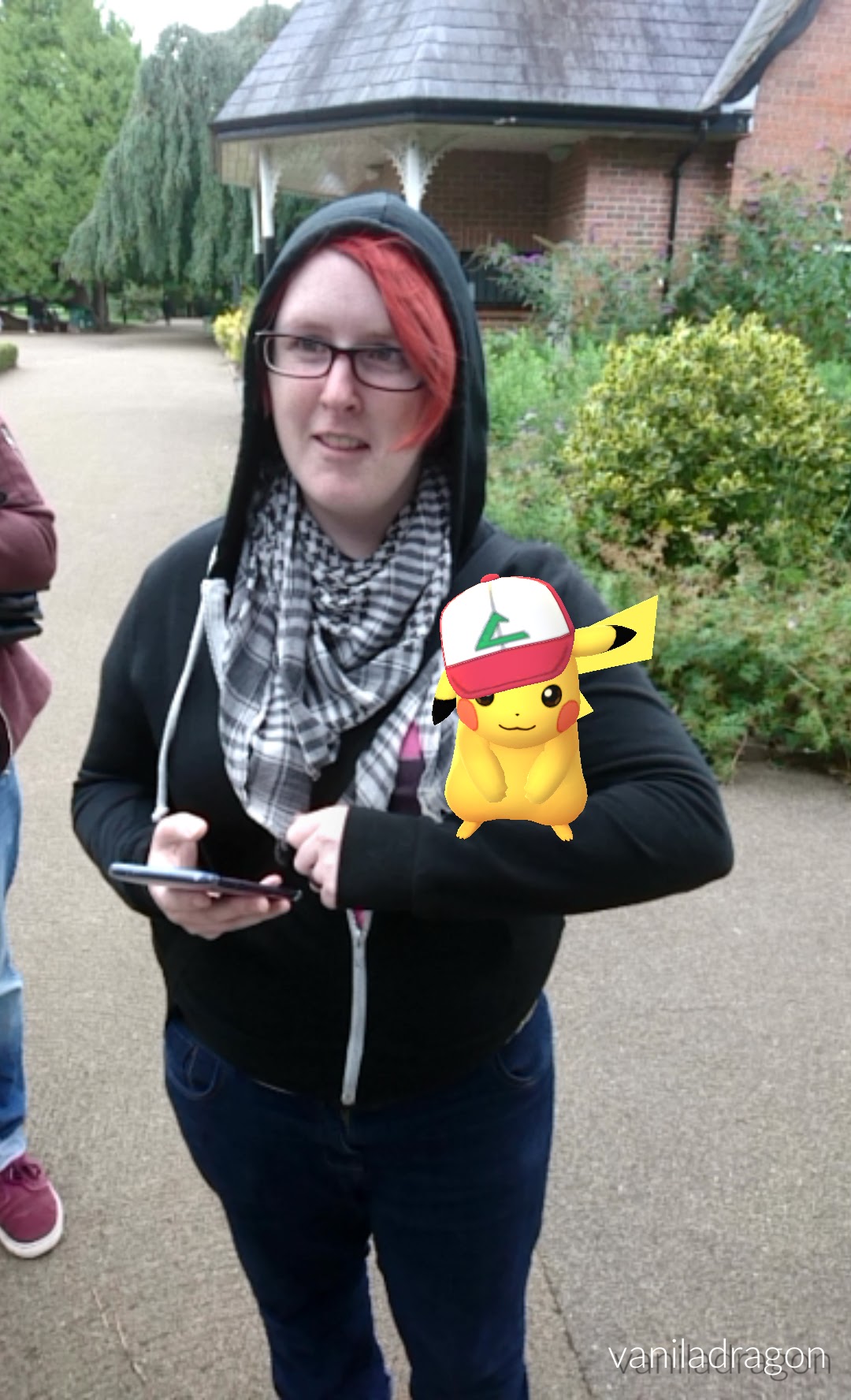 The question I get asked most when I mention the game to others is ‘Do you still play that?!’ and I think this underpins the entire issue here with a massive underestimation of just how popular it still is, and just how strongly players feel about it now that the initial hype is over and the long-term players have settled in. I’d definitely want to see another event like this in the UK in future, but next time, maybe stick a few temporary phone masts up, eh?